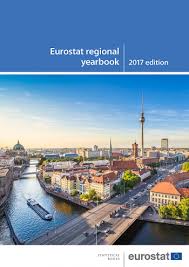 Eurostat has recently published its regional yearbook providing statistics and data collected in the 28 Members States of the EU. This yearbook focuses on different subjects such as health, education and training, labour market, research and innovation, tourism and transport among others. This 2017 edition also presents a focus on European cities and a focus on rural areas.

The chapter on rural areas assesses differences between people living in rural areas and those living in urban areas in the 28 Member States of the EU.  It covers the following subjects: poverty and social exclusion, housing, health, education, the labour market and the digital divide.

The results in rural areas vary from one Member State to another, nevertheless it is possible to draw trends:

The report also states that almost one in five persons of the EU’s rural population was living at risk of poverty.

The report details that, in 2015, some 4.2 % of the EU-28 population living in rural areas reported unmet needs for health care due to expense, distance to travel (medical services tend to be concentrated in towns and cities), or the length of waiting lists. This share was higher than the corresponding figures recorded for towns and suburbs (3.8 %) or for cities (3.5 %). However, this fact is mainly reported in Member States that joined the EU in 2004 or more recently, while in most of the western EU countries, there was almost no difference between rural and urban areas.

Less than two thirds (62 %) of the EU-28 population living in rural areas accessed the Internet on a daily basis in 2016; this share rose to 72 % for people living in towns and suburbs and peaked at three quarters (75 %) of the population among city-dwellers. As a result, for all but three of the EU Member States (Belgium, Ireland and Luxembourg), the lowest proportion of people making use of the internet on a daily basis was recorded in rural areas. Moreover, in some countries, like Lithuania, Portugal, Bulgaria Romania and Poland, a relatively low proportion of the rural population made use of the internet on a daily basis in 2016. The report highlights the fact that some of these differences in the daily use of the internet may be attributed to a lack of infrastructure in rural areas, which restricts access to and the availability of digital technologies.

Our member @dpteruel is involved with us in the @interregeurope project @Silver_SMEs to improve the quality of life of #olderadults in rural & mountainous areas! 🌄👩‍🦳
Discover the challenges of #ageing in Teruel in this first regional infographic 👇

📝A territorial contract between cities and their hinterland is the best – if not the only – way to pursue harmonious economic development that avoids the twin pitfalls of:

Our director, Marie Clotteau, is a member of #Rural2040! Her final message today:
Let’s turn our wishes into real policy targets and actions! Be active, suggest ambitious targets for this term vision for #ruralareas and show that a better and more resilient future is possible 🏔

Our director, Marie Clotteau, is a member of #Rural2040! Her dream for 2040:
👉vibrant mountains with people who live, work, travel
👉a 100% Internet coverage
👉enhanced social & technical innovations
👉a smarter economy towards #carbonneutrality
👉equal #education opportunities

Reply on TwitterRetweet on TwitterLike on Twitter6Twitter
Load More...