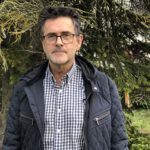 The association has been established as an organization registered under the law of February, 1st, 1901, with an international vocation neutral in terms of religion and politics and with nonprofit-making and scientific objectives.

Euromontana is governed by the general assembly of its delegates convened at least once a year by its president. It is sovereign over all the affairs which it does not delegate to another organ. It has in particular the following attributes:

The general assembly is composed of the delegates representing each one of the member organisations.

See the documents of the General assembly

The Euromontana Board of Directors is elected by the general assembly of delegates for a period of 4 years. It comprises maximum 30 members with balanced representation.

The Board of Directors manages, administers and executes the decisions of the general assembly. It is competent to decide on necessary partnerships. It may allocate specific tasks to the President or the vice president.

It meets around 4 times a year to prepare proposals to the intention of the General Assembly:

It elects among its members a President, up to 5 vice-presidents and a treasurer.

The senate (or honorary committee) is consultative and composed of people who have been part, for a long time, of member organisations of Euromontana or of the secretariat, which have a reduced availability and who have demonstrated that they could bring a contribution thanks to services rendered in the past. The senate is chaired by Robert Duclos, France, who has been the first president of Euromontana.

Euromontana is currently chaired by Juan-Andres Gutierrez, for the Basque Governement (Spain).