It is time to really implement territorial cohesion and pay special attention to mountain areas, as emphasised in the article 174 of the Treaty on the Functioning of the EU. 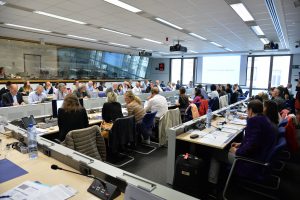 On 7th June 2017, more than 100 mountain actors from all over Europe met in Brussels to participate in a conference on “Cohesion Policy in mountain areas: How to increase the contributions from mountains and benefits for mountain territories” co-organised by the European Commission (DG Regio) and Euromontana.

This conference reflected on how to better develop a place-based and territorial integrated approach for the future Cohesion Policy and how this policy should address mountain specificities.  “Cohesion Policy can do more than it currently does for their [mountains] development” explained Ms Iliana Iotova, Vice-President of the Republic of Bulgaria. 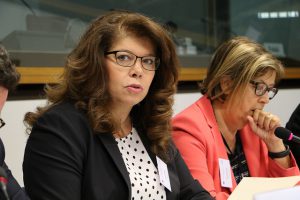 Referring to a resolution of the European Parliament, passed with a large majority, she strongly supported the idea to have “an agenda for mountainous regions” that could be “at the heart of an EU strategy on the development of mountainous regions”. In addition, she suggested that mountain areas should have “the allocation of specific funds under Cohesion policy” and assured her support for the future: when Bulgaria has the Presidency of the Council in 2018, she will push for mountain areas to be one of the priorities. 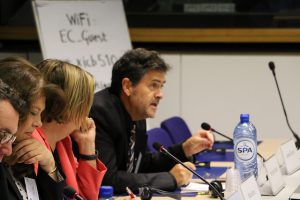 Further actions could be to develop a specific macro-regional strategy for the Carpathians, better systematically assess the territorial impact of Cohesion policy in mountain areas, and develop cross-border Operational Programmes for some mountain ranges, stated Juanan Gutierrez, President of Euromontana.

Jean-Pierre Halkin, Head of Unit in DG Regio (European Commission) encouraged regions and Member States to better use the existing instruments, such as the Partnership Agreements with the Integrated Territorial Investment (ITI) tools or specific co-funding rates, for mountain areas. During the conference, some successful examples were presented. These include the dedicated Operational Programmes for the Massif Central and the Alps in France, the use of ITIs in Sterea Ellada, Greece, the Inner Areas Strategy in Italy, and EUSALP, the macro-regional strategy for the Alps.

Active, ambitious and targeted policies for mountain areas, which help these areas to overcome constraints in order to fully exploit their enormous potential, are much needed. Mountain areas “can bring political added value to Europe by giving economic added value to our territories” explained Ms Mercedes Bresso, Member of the European Parliament and Chairwoman of the RUMRA (Rural, Mountainous and Remote Areas) Intergroup of the European Parliament. 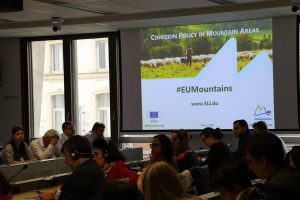 Mountain territories have a strong innovation and growth potential of key importance to the European Union’s 2020 Strategy and for the achievement of the Sustainable Development Goals. Several successful examples were presented during the conference, such as Tri Vallées which successfully collects and recycles ski material the French Alps, the Mountain Medecine Centre in Valle d’Aosta, Italy, which facilitates telemedicine and teleconsultations in mountain huts, and the ecological restoration of Comana Wetlands in Romania.

The European Commission will begin to discuss the future Cohesion Policy with stakeholders at the Cohesion Forum on 26-27 June. Mountain people and administrations need to be strategically organised to make their voice better heard at the EU level. This conference was the first step to support a future Cohesion Policy that better taking the mountain specificities into account.

Euromontana calls upon all the organisations, especially the regions and Member States which participated in this conference, to show their support for a dedicated approach for mountain areas, including in the coming open consultation on the future Cohesion Policy. Finally, Euromontana commits itself to continue advocating for a Cohesion Policy that focuses more on territorial cohesion and fully takes the mountain specificities into account.

Super collection of inspiring initiatives and good practices from @Euromontana highlighting a diverse range of alternatives for the sustainable recovery of European mountain areas! Download it here: https://t.co/2MjdB1XO3Y

Inspiring ideas today during our webinar on #SmartMountains and Biosphere Reserves, with examples of initiatives from @Punto3Srl and @chefs4the for good food and regional products in our restaurants💡A true vision of the #FarmToFork in mountain areas🍎🌄

"Biosphere reserves have a crucial role to play in achieving the objectives of the #Biodiversity Strategy by 2030, and many are located in mountain areas" F. Vassen from @EU_ENV #SmartMountains