Can future be smart for European rural, mountainous and sparsely populated areas?

On April 10th, the RUMRA intergroup on Remote, Mountainous and Remote Areas organised a conference at the European Committee of the Regions to discuss the needs and specificities of rural, mountainous and remote areas in Europe. The organizations which co-initiated the intergroup, Euromontana, Rurality – Environment – Development (RED) and Future of Rural Energy in Europe (FREE) together with the representatives of the European Parliament and Committee of the Regions called for an integrated approach when it comes to the development of these areas.

What is an intergroup?
Intergroups can be formed by European Parliament Members from any political group and any committee, with a view to holding informal exchanges of views on various subjects and promoting contact between Members and civil society. Currently, members of at least three different political groups are required for an intergroup to be formed. Intergroups are not Parliament bodies and therefore may not express Parliament’s opinion. They are formed for the duration of the legislative timeframe of the Parliament.

Gathering policy makers and civil society representatives
The event brought together a diverse group of stakeholders, and included active participation from Representatives of Europe’s Regions, policymakers, civil society groups as well as Members of the European Parliament, including Mercedes Bresso, Chair of the RUMRA intergroup, Jozo Radoš, Vice-Chair of the RUMRA intergroup and Lambert van Nistelrooij, EPP coordinator of the REGI Committee. The President of the European Committee of the Regions (CoR), Karl-Heinz Lambertz, held a passionate speech underscoring that a great level of investment is paramount to tackle regional inequalities and support communities in rural, mountainous and sparsely populated areas, ensuring that no one is left behind. The major points made by the policy makers were echoed by the President of RED, Gérard Peltre, and the President of Euromontana, Juanan Gutiérrez. This only further strengthens the voice and the needs of these territories. 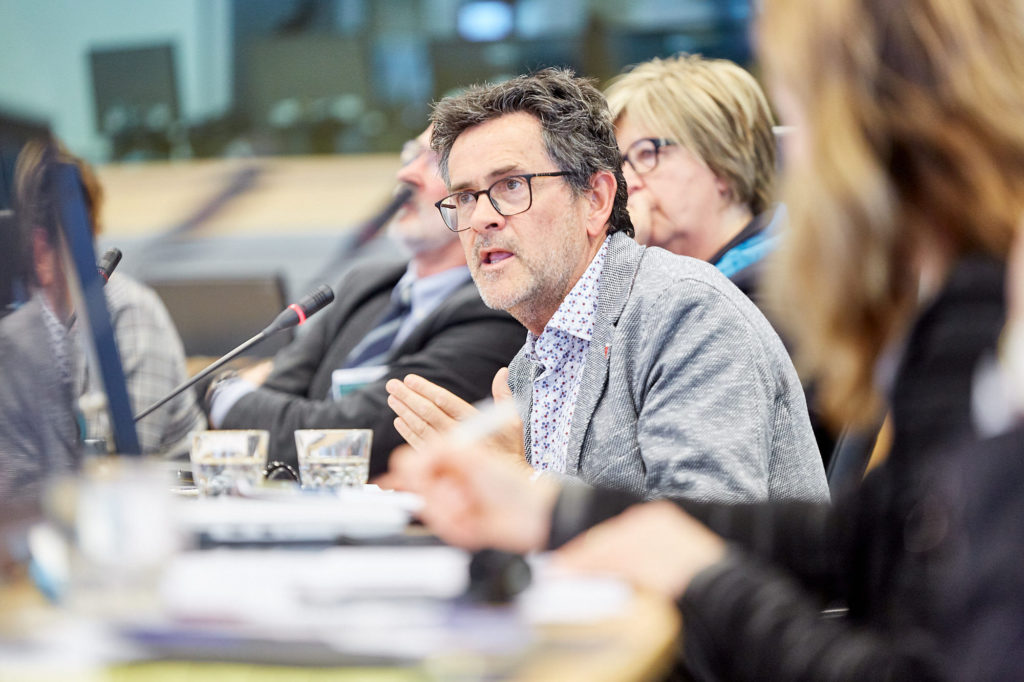 Big and small successes in the last five years at the EU level in relation to the mountainous areas with the RUMRA intergroup contributions
While more details about the event itself can be found on the RUMRA website, Euromontana takes the opportunity to recall major points in relation to the mountainous areas at the EU-level. It is difficult to attribute these milestones to specific political groups, organizations or individuals. However, the RUMRA intergroup with its activities and presence at the EU level surely strengthened the voice calling for more attention to the mountain regions either directly or indirectly. There are at least three positive points to be noted:

1. Gradual shift of attention in favour of rural, mountainous and remote areas at the European level

In the last five years, there has been more in-depth analysis on the aspects relevant to rural, mountainous and remote areas. In particular, there were two European Parliament reports directly related to the mountains:

From the Euromontana perspective, these two reports build a strong base for the future development of the cohesion policy for the mountainous regions. This was discussed in more detail at the 2017 conference on 7th June co-organised by the European Commission (DG Regio) and Euromontana: “Cohesion Policy in mountain areas: How to increase the contributions from mountains and benefits for mountain territories”. More than 100 mountain actors from all over Europe met in Brussels to participate with the presence of Members of the European Parliament (MEPs) actively involved in the RUMRA intergroup, in particular:

This conference reflected on how to better develop a place-based and territorial integrated approach for the future Cohesion Policy and how this policy should address mountain specificities.
Last but not least, in 2018, the European Parliament approved a resolution calling for an EU Agenda for rural, mountainous and remote areas in line with previous action for urban areas. The current debate about the future of cohesion policy offers a unique opportunity to shape appropriate legislation in the future programming period, addressing the needs of such areas and territories.

2. Specific events for the development of rural, mountainous and remote areas

Before the event on April 10th this year, RUMRA intergroup also organized other events which provided the opportunity for an exchange on topics of particular importance for rural, mountainous and remote areas, MEPs and the organizations which co-initiated the intergroup.

In October 2019, Euromontana plans yet another event under the RUMRA flag at the European Parliament. The event will be related to the Optional Quality Term for Mountain Products (EU-wide definition) and its current implementation status across Europe (left at Member States discretion) with lessons learnt and exchange of experience on the topic.

3. Access to MEPs interested in improving the quality of life in the rural, mountainous and remote areas

All those who are involved in shaping the policy development at the EU-level are well aware how difficult it can be to get the attention of the policy makers, which is particularly true when advocating in the name of such vulnerable zones as rural, mountainous and remote areas. The fact of being a part of the RUMRA intergroup facilitated Eurmontana the access to MEPs for amendments, to invite them as speakers during our events (European Mountain Convention, conferences with DG REGIO) or to fund our Croatian event on circular economy in forestry.

What holds the future?
The territories outside of the urban zones differ yet are currently facing similar challenges and dynamics as for the social factor. There is more and more attention brought to the disparities between the urban-rural zones and ever-increasing depopulation (with more to come) while strong or extreme political opinions find a fertile ground in these areas. It is important to act together also at the EU-level. It is about being smart, from the technology point of view but also efficiency and collaboration:

It is not only about the legislation and financial aid but also about changing the image of the areas in question. We need to work out a new narrative where the opportunities and attractiveness do not equal city-life only. Where rural, mountainous and sparsely populated areas are recognized as not limiting but different, offering a good quality of life. Where people feel proud of who they are, where they are and what they do. And they do not face dilemmas whether to stay or to leave, but they have real choices – different yet equally attractive.

As for further steps for strengthening the voice for rural, mountainous and sparsely populated areas, please have a look at the RUMRA website and/or feel free to contact us directly at Euromontana.