On March 27, 2020, the European Commission published two reports (written by Alliance Environnement) analysing the impacts of the 2014-2020 Common Agriculture Policy on water and biodiversity in the European Union. In these reports, a specific attention is given to measure 13 of the CAP (payments to areas facing natural or other specific constraints ‘ANC’). Created in 1976, this measure is a key tool of the second pillar of the CAP to support mountain farmers. Portugal and Poland are by far the countries with the highest number of farmers today benefiting from the ANC, while France, Austria and Poland have the largest total agricultural area covered by the measure. With a stable budget in the 2014-2020 CAP (36% of total public expenditure for Pillar II at EU level), in comparison with the period 2007-2013, the ANC has indirect yet positive effects on water and biodiversity.

Mountain farming among the top agricultural practices for water management

According to the Report on the Impact of the CAP on Water, payment to areas facing natural or other specific constraints (ANC) was among the measures with the highest allocated budget to achieve water management objectives – together with other measures such as organic farming and investments in forest area development and improvement of the viability of forests. The ANC represents 31.8% of the total EU budget allocated to water management in Rural Development Programmes (in comparison, agri-environment-climate measures account for 33.4% and organic farming for 12.5% of this budget). 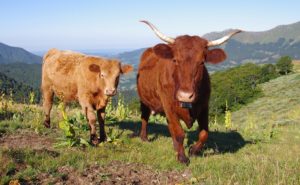 The report positively assesses the ANC’s impact on water as it encourages a “fair distribution of income support […] which can allow farmers with extensive practices beneficial for water protection to remain profitable.” Practices such as permanent grasslands, diversification, crop-livestock farming systems, extensive management system are indeed more profitable to water management than some practices implemented in areas favourable to intensive farming, recognise authors of the report.

Different benefits were identified in the report, depending on the measures implemented in the different countries. In Romania, mountain farming has proven to have positive effect on the prevention against soil erosion while in France support to mountain famers “has a positive impact on water quality but also quantity for the downstream areas by regulating water flows”.

Yet, some efforts still have to be made in other areas like Spain; according to the report, among Spanish livestock breeders, those benefiting from the ANC payments decreased their fertiliser expenditures less than did non-beneficiaries in France, Romania and Austria.

As it is the case for water, the ANC is not directly targeting biodiversity protection. Its main objective is to maintain agriculture in areas with natural constraints, with a focus for instance on High Nature Value farming in France, or to avoid the abandonment of grassland in Hungary, especially on steep slopes in mountain areas such as in Romania. Even though its intervention logic is not biodiversity focussed, the ANC can help protecting biodiversity, depending on how it is implemented, according to the Report on the Impact of the CAP on Habitats, Landscape and Biodiversity.

The main benefit of the ANC mechanism is its support to High Nature Value farming, which overlaps a lot as well with Natura 2000 areas in mountain territories. While the Alliance Environnement remains cautious in its assessment of the ANC, it assumes that reducing land abandonment has positive impacts on biodiversity. 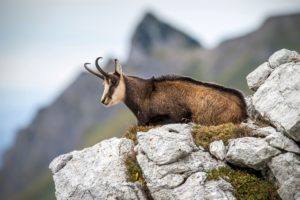 Preserving pastoral systems is indeed recognised as essential to protect certain habitats and species; mountain hay meadows or species rich Nardus grasslands in continental Europe are for instance identified as habitats being fully dependent on agricultural management. Likewise, wild mountain goat, Appenine Chamois, Golden and Imperial Eagles are species listed in the Habitats Directive and the Birds Directive for whose conservation is connected with grassland and/or heath/scrub ecosystems as preferred habitat.

The report also highlights the importance of other CAP measures implemented in mountain areas, such as the Voluntary Coupled Support (VCS), which is often implemented by Member States for meat and dairy productions. As for the ANC, the VCS has the potential to support High Nature Value farming in areas facing natural constraints, as it is indeed the case in France with coupled payments for extensive dairy production in mountain areas or in Spain for sheep and goat breeding on High Nature Value areas (such as grass and shrub steppes, mosaics of arable/grass/shrub pastures). The report nevertheless stresses the need for consistent use of these measures. Both the ANC and the VCS could indeed also lead to the intensification of farming in areas with natural constraints; but, with high natural constraints on farming, authors admit that this risk remains quite low in mountain areas.

Euromontana supports the continuation of the ANC payments in the CAP post-2020 in order to support mountain farming by compensating higher production costs due to natural constraints. Mountain agriculture is essential to avoid land abandonment, with heavy consequences on rural development but also forest fire prevention, to protect specific ecosystems and natural resources, to maintain internationally recognised cultural traditions, such as transhumance and to help mitigating climate change. Therefore, it is essential to maintain the ANC in the calculation of the compulsory 30% budget of each Member State to farmers who adopt farming practices that are beneficial to environment and climate.

To learn more, please see our thematic work and our position on the post-2020 CAP.