In the framework of the European Green Deal, the EU Agricultural Promotion Policy must promote sustainable productions, including extensive animal products. The COVID-19 crisis has demonstrated how important it is to strengthen the resilience of regional food value chains and to encourage local consumption. In this context, Euromontana welcomes the introduction in the 2021 calls of new sustainability criteria. However, Euromontana rejects the option excluding certain products from the future Promotion Policy calls, such as meat products.

Meat products represent 22% of the agricultural outputs in mountain farms in the European Union. Due to the steep slopes and the difficult climate, livestock farming has developed more significantly in the mountains than in other regions. Livestock grazing in mountain areas is not only a provider of quality foods but also an important contributor to ecosystem services, such as biodiversity conservation, water management, forest fires prevention etc. The European Commission itself has recently reported the important assets of pastoralism to mitigate climate change. For instance, in terms of carbon sequestration, grasslands store between 60.5 and 82.8 billion metric tonnes of CO2 globally. 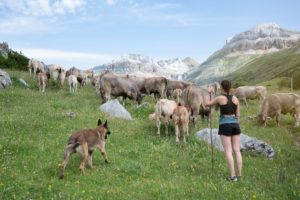 In coherence with scientific findings on the contribution of mountain livestock farming to climate and environmental objectives, Euromontana calls for the promotion of mountain foods – including meat – as quality and climate-friendly products in the next Promotion Policy. Future calls must capitalise on the existence of sustainable meat products and be used to raise awareness among consumers on products that respect animal welfare and environmental sustainability. Euromontana advocates for looking at how the products are sustainably produced and transformed rather than excluding de facto some categories of food.

In its contribution to the European Commission’s consultation, Euromontana also calls for the consideration of socio-economic sustainability in the evaluation of proposals. Mountain farms are indeed highly contributing to the rural vitality of our areas and to the preservation of cultural heritage such as traditional know-hows. 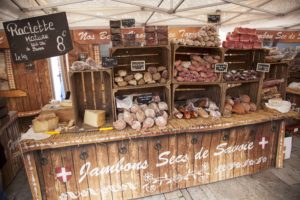 Euromontana also invites the European Commission to support smaller organisations by directing more funds for promotion campaigns targeting the internal market. In mountain areas, small producers indeed prefer to sell within the European Union rather than exporting in third countries. This approach would also be more consistent with the European Green Deal and the Farm to Fork strategy objectives for more local value chains.

Moreover, Euromontana advocates for a better visibility of the Optional Quality Term “mountain products” in the Promotion Policy calls in order to facilitate the uptake of the calls among mountain producers. So far, the eligibility of the term under the topics for quality schemes remains unclear.

What are the next steps?

Legislative proposals for the new EU Agricultural Promotion Policy are expected for the beginning of 2022 in view of an application in 2023. In the meantime, the European Commission is organising an online conference on the 12th and 13th July 2021 to discuss the review of the policy and the outcomes of the consultation.

For more information on the revision of the Promotion Policy, you can read our article (for members only) and our position paper “Review of the EU Agricultural Promotion Policy – A tool for the promotion of sustainable farming from mountain areas”.