Euromontana and the CAP since 2008

Monitoring the CAP during the 2014-2020 programming period

Starting from January 2015, the new CAP aims to enhance sustainability and competitiveness while it continues to foster the market orientation of the Euro 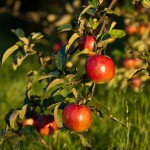 pean agriculture. The whole policy has been completely reviewed and it offers new interesting opportunities for mountain farmers and rural actors.

In 2008, Euromontana initiated its reflection on this subject and set up a network of “CAP referees“, which were consulted for the definition of actions to carry out on the themes of mountain farming and mountain rural development. This reflection allowed Euromontana to elaborate a common position which was presented in 2009 in Clermont -Ferrand (France) and submitted to the public debate on the CAP launched by EU Commissioner Ciolos in spring 2010. 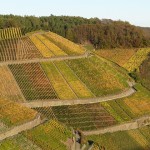 The European Commission, following the public debate, published on October 18th 2010 a communication on the future of the CAP towards 2020 and opened a public consultation on this communication, to which Euromontana responded on the 25th January 2011.

The revision of the less favoured areas regime 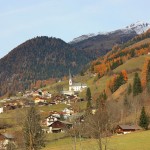 The European Commission has launched, via a communication from 2009, the revision of the support system for less favoured areas and especially the eligibility rules of the different areas in the context of article 19. This revision follows a report by the European Court of Auditors which questions the legitimacy of the delimitation of these areas.

Mountain areas which are registered under article 18 of the regulation are not within the scope of this revision. However, intermediate LFAs, which cover a wide part of Piedmont areas and some mountain areas in countries which are not using article 18, are concerned.

Euromontana responded to the consultation organised in 2009 and has repeated several times since its attachement to balanced solutions.

Since the last CAP reform in 2014, LFAs have been replaced by ANCs: Areas facing Naturals Constraints. The compensatory allowance for ANCs is a payment scheme of the CAP which aims to mitigate the risks of land abandonment and thus possible risks of desertification, loss of biodiversity, and valuable rural landscape. The compensatory allowance for permanent natural handicaps applies to areas with natural constraints as well as other specific constraints.

Since the 2013 reform of the CAP, the European Commission has asked the delimitation of areas facing natural or other specific constraints to be reviewed by Member States using a new approach with more transparent and coherent indicators, such as 8 biophysical criteria. The implementation of this reform is still on-going and Member States are encouraged to send in their new ANC delimitation to the EC before 2018. Delays are to be expected.