Euromontana advocates for a Cohesion Policy that focuses more on territorial cohesion and fully takes the mountain specificities into account as presented during the event Euromontana has organised with DG Regio on “Cohesion policy in mountain areas: how to increase the contribution from mountains and benefits for mountain territories?” on the 7th June 2017.

To feed the discussion about the future Cohesion Policy, three documents were published that could give data and /or arguments in favour of a stronger support for mountain areas. 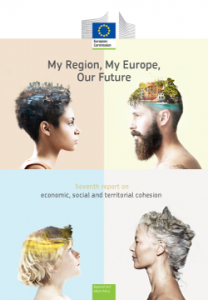 The European Commission published on 9 October 2017 the 7th Cohesion Report. Every three years, the current state of the EU’s economic, social and territorial cohesion in all territories is presented. The focus is put on how the cohesion policy is changing economic, territorial and social disparities on the ground and what the impact is on the territories. It also gives some suggestions on how to increase the effectiveness of the policy.

The European Commission published in September a Communication presenting its 10 foreseen actions to boost growth and cohesion in cross-border regions. (To know more, read Euromontana’s article, by  clicking here)

ESPON published in September 2017 a report on “European Territorial Review: Territorial Cooperation for the future of Europe”.  It aims to reinforce the role of evidence-based policy-making by providing scientific evidence of the impacts of the Cohesion policy.  This publication helps to encourage a more place-based approach for the Cohesion policy and to understand the impacts on the territories.

In addition, a Cohesion Alliance has been recently formed. This is a coalition of those who believe that EU cohesion policy must continue to be a pillar of the EU’s future. The Alliance was created through cooperation between the leading European associations of cities and regions and the European Committee of the Regions. It demands that the EU budget after 2020 makes cohesion policy stronger, more effective, visible and available for every region in the European Union.
Euromontana decided to join this Alliance of actors (for more information to join the Alliance, click here) 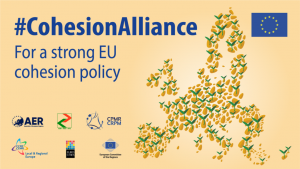