How does the Cohesion Policy shape mountains? Montana174: a new Euromontana project

Why launching a communication campaign on the Cohesion Policy in mountains? 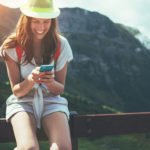 The Cohesion Policy is one of the most relevant policy at EU level, promoting territorial cohesion in the Union. In 2009, Article 174 of the Treaty on the Functioning of the European Union introduced a special attention to mountainous regions to strengthen territorial cohesion in our areas. Several steps have been done in this direction, such as the creation of the European macro strategy for the Alpine Region (EUSALP), and cross-border or transnational programmes such as the Interreg Alpine Space, POCTEFA and some “intermassifs” Operational Programmes. 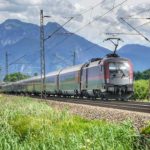 The Cohesion Policy offers several opportunities for education, tourism, international cooperation etc., but are stakeholders well-informed about them? Not always. Thus, Montana174 will contribute to make mountain stakeholders aware of tools and funds provided by the Cohesion Policy for their territory and better uptake them.

What actions are foreseen in this campaign? 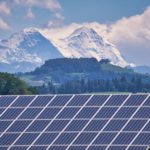 Montana174 will collect best practices and stories on how the Cohesion Policy contributed to shape mountain areas in Europe in the past years, directly from mountaineers’ mouths. For local stakeholders, it will organise local workshops and produce educational factsheets with practical tips on how to benefit from Cohesion tools and funds in the future. Last but not least, a European final event will be organised to capitalise on the lesson learnt with mountain actors from all over Europe.

When and where will the project take place?

Montana174 will take place between October 2021 and September 2022 (12 months), under the coordination of Euromontana.

The campaign will be conducted in 5 mountain territories across Europe, thanks to local partners:

Euromontana will disseminate the results in the rest of European mountain territories.

Do you want to know more or get involved?