How to achieve bio-circular villages?

On March 7, 2019, Euromontana participated to the “2019 Circular Economy Stakeholder Conference: Success Stories and New Challenges” jointly organised by the European Commission and the European Economic and Social Committee. This year’s workshops included a discussion on bio-circular villages for rural development.
The objectives of this participatory workshop were to identify the opportunities for rural areas to develop innovations and to define the role of local actors. 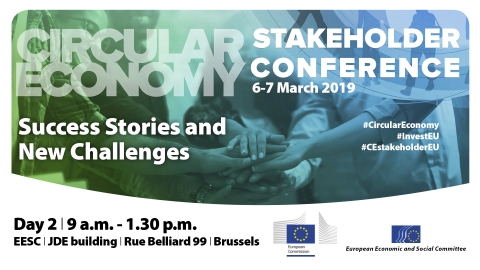 Circular farming, a success story
Markus Eerola, a Finnish farmer, presented the circular model of his farm. Knehtilä Farm, 60km north from Helsinki, is at the heart of cooperative food production system based on energy and nutrient self-sufficiency, the first of its kind in Finland. The Palopuro Agroecological Symbiosis pilot project was initiated by Knehtilä Farm, with the support of the Finnish Environment Minister, the Natural Resources Institute of Finland and the University of Helsinki. It aims at producing local organic food using bioenergy and recycled nutrients. The whole integrated project gathers several organic producers and processors, such as farms, a mill, a bakery and a henhouse. The Palopuro Agroecological Symbiosis does not only preserve soil and resources but has also participated in the renewal of its rural village. Knehtilä Farm indeed also added a social value to its project by making the farm a real rural meeting point, available as a stage for artistic performances and market place for local farmers to sell their products.

The Horizon2020 uP_running project is also working on the valorisation of biomass in the agricultural sector. The project aims at collecting examples and good practices of biomass management. The small farm Vrcek, in Croatia, has for instance created jobs by building a biogas power plant in 2016 to transform the farm’s biomass into energy. Based in a rural village with 1200 inhabitants, the biogas power plant is now employing 12 persons. Moreover, Tajana Radic, from the Croatian Chamber of Agriculture, demonstrates that circular economy is also boosting rural areas’ population since young people seem to be attracted by the concept, an interesting opportunity in a country where 59% of farmers are above 50 year old. She also states that the adventure of circular economy has started in Croatia with a double challenge for farmers: on one side the need to increase their income by adding more value to their production, and on the other the necessity to manage the organic waste produced on their farm lands.

What are future steps towards circular villages? 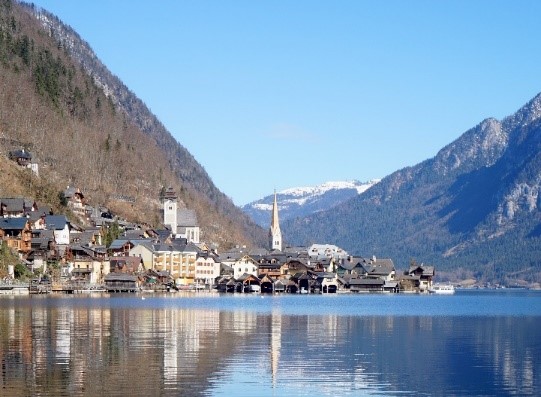 Interventions from speakers and the audience converged in the idea that incentive measures could foster circular economy in rural areas better than compulsory ones, since each region needs to adapt initiatives depending on its needs. Communication between stakeholders, including farmers, foresters, SMEs, local authorities, is also a key element to the successful development of circular economy projects. Olivier Diana, from DG AGRI, also reminded that the new green architecture of the CAP post-2020 would give farmers more opportunities to develop such initiatives. He added as well that Horizon Europe will be a great resource option for innovation in this sector and that the bottom-up LEADER approach could also be used by civil society organisations.

Circular economy is a real opportunity for local actors in mountain areas to mitigate climate change consequences and to maintain a high quality of life in mountain territories by connecting people and creating non-relocatable jobs. The development of such initiatives can increase at the same time the attractiveness and the resilience of mountain areas. In the past, Euromontana has already demonstrated how circular economy principles could be adapted to the territorial scale with the concept of “smart territories” and more specifically, how it is crucial for the forest supply chain in mountain areas. It for instance showed reusing biomass in the Sila Park protected area contributed to the creation of an economically and environmentally virtuous circle in the Park area and nearby.

If you want to know more, do not hesitate to visit the European Circular Economy Stakeholder Platform, where you can find good practices, examples of local and regional circular economy strategies and network with organisations from across Europe.

🏞 Mountains can innovate to boost the post-COVID recovery of tourism and make the sector more sustainable says the Mountain Partnership 👉Get inspired by some good practices from Europe and beyond and learn more on the recommendations!➕Sustainable tourism is a key issue for mountains' young people, see more in our recent report on mountain youth ⤵️www.euromontana.org/en/being-young-in-a-mountain-area-euromontanas-report-is-out/➕The recovery and sustainability of mountain tourism can also be supported by the Cohesion Policy, see how in Montana174's brochure ⤵️www.euromontana.org/en/project/montana174/news/25-ways-to-improve-living-conditions-in-mountains/ ... See MoreSee Less

Our new #Horizon2020 project Fire-Res has started!🌲Find out how it intends to change the approach to forest fire management and how we will innovate for more resilient forests! 👇 ... See MoreSee Less

On the 18th – 19th and 20th January 2022, Euromontana participated to the kick-off meeting in Solsona (Spain) of the Horizon 2020 research project FIRE-RES. This project aims to boost the socio-ecol...
View on Facebook
· Share

"Women move mountains" will be the theme of International Mountain Day 2022!

🏞 Mountains can innovate to boost the post-COVID #recovery of #tourism and make the sector more sustainable says the @UNmountains 👉Get inspired by some good practices from Europe and beyond and learn more on the recommendations!
https://t.co/5yfNPmV7zm

Keynote speech at the kick-off meeting of the Italian presidency of @_Eusalp to present the various policy recommendations which have been elaborated in the past years. @Euromontana

🌲Our new #Horizon2020 @FIRERESProject has started!

Find out how it intends to change the approach to #ForestFire management and how #innovation will achieve greater forest #resilience! 👇
https://t.co/5ZhPPABKJu