Adapted from the original article on the Mountain Partnership website. 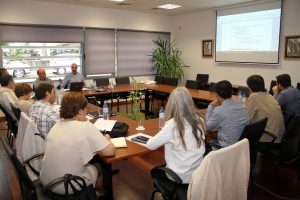 A group of 19 universities and research centres from Andorra, Portugal and Spain have formalized the creation of an Iberian mountain research network to study in partnership the issues affecting mountain areas on the Iberian Peninsula. The Iberian mountain research network “Rede Ibérica de Investigação de Montanha” (RIIM), an initiative of the Centro de Investigação de Montanha (CIMO) – also a member of Euromontana, was established at the Instituto Politécnico de Bragança in Portugal on 26 May 2017 through the signature of a Memorandum of Understanding.

Mountain areas occupy a large extent of Andorra, Portugal and Spain. These areas are important for the production of high-quality, high-value goods, the conservation of biological and geological diversity, the conservation of material and intangible cultural heritage, and the provision of essential environmental services. Acknowledging the relevance of mountains and taking into account the growing recognition of their importance in international research and development agendas, including those of Euromontana, the Mountain Partnership and the Mountain Research Initiative, the parties involved in RIIM have agreed to undertake joint activities to promote research and innovation in the mountain areas of the Iberian Peninsula. 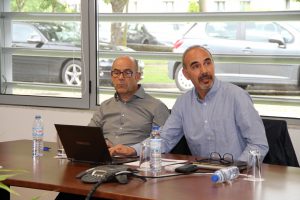 Isabel Ferreira, Coordinator of CIMO, said, “We need to work together so that we can mobilize more resources and build stronger and more critical teams. The mountains of the Iberian Peninsula attract a lot of interest from scientists and researchers, therefore it makes sense to address all mountain issues, ranging from climate change to forests, the environment, the agri-food sector, tourism and health.” This was already proven by the organisation of the Mountains 2016 event in Bragança, comprising the X° European Mountain Convention dedicated to “Mountains’ vulnerability to climate change” and the Irst International Conference on Research for Sustainable Development in Mountain Regions dedicated to “Ecosystem services and sustainable development”. Following that event, mountains were included in the national research and development agendas in Portugal and another Portuguese Research Network on Mountain Ecosystems was established (see our previous article on that subject). 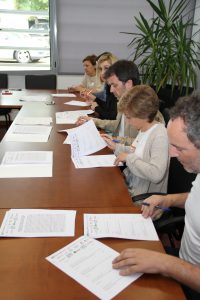 esearcher Angel Penas of the University of Leon, one of the universities involved in RIIM, hopes that this network will be supported by the Andorran, Portuguese and Spanish governments and that this partnership will open to other Portuguese and Spanish non-scientific institutions, such as the private sector. Penas said, “It is of particular importance that this joint research network take into account how mountains are being affected by climate change and the social and economic effects this will have in the future. In Spain as in Portugal, mountain areas are very depopulated territories, and those areas where this phenomenon is not yet evident run the risk that, if the population does not have the means to adapt to climate change, they will end up without people.”

CIMO as the Directors of RIIM, along with the Instituto de Ganadería de Montaña, Spain, and the Centre d’Estudis de la Neu i de la Muntanya d’Andorra (CENMA), Andorra, as Vice-Directors, will lead RIIM over the next four years. The establishment of RIIM in Bragança is part of the Joint Declaration of the Portugal-Spain Summit 2017 and of the Conclusions of the Portuguese-Spanish Parliament Forum 2017.