Interview of the month: Meeting Dilyana Slavova from the Mountain Milk Association (Bulgaria) 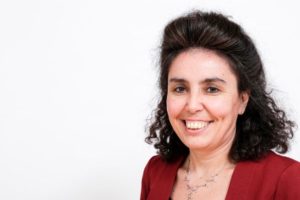 Euromontana: Could you present the Mountain Milk Association in Bulgaria and its main objectives?
Dilyana: “The Mountain Milk Association is composed of around 56 producers, especially coming from mountain areas in Bulgaria. Created in 2008, the objective of the association was to help the farmers when Bulgaria entered the European Union.  To follow EU regulations related to dairy standards, but also to raise awareness of our members about their role in the new situation and to lobby for their interests in the implementation of the CAP and the Cohesion policy. When Bulgaria joined the EU, many farmers and processers were not aware of EU legislative base. There has been no transition periods for our farmers and processors to adapt to the new situation at the time of joining the EU. Our aim was to achieve such transitions in order to bring fresh air for these small dairies that are operating in difficult areas, such as mountains. Today, we continue to help them, to follow European legislation and rules.”

Could you describe the characteristics of Bulgarian mountain farms?
“The Bulgarian agriculture is different from most of the agriculture from the rest of Europe. Most farmers have really small farms. This can be explained by the fact that from 1950s until 1989, all farms were grouped into cooperatives. In 1990, cooperatives were liquidated, and cattle and sheep were distributed among former members of the cooperatives (physical persons) in very small numbers 1-2 cattle and 2-5 sheep which resulted into small scattered farming.”

Why did you decide to join Euromontana? How do you think we can help Bulgarian dairies and farmers?
“I’m deeply convinced that only united we can defend the interest of our members. As the motto of the Bulgarian Presidency of the EU Council says : “United we stand strong”. Being together and united, within Euromontana, means that Bulgarian dairies and farmers have bigger chance to lobby and achieve their goals. That’s very important mainly now as we’re discussing the future of the EU Cohesion policy and the CAP. We need to lobby for special measures dedicated to less favored territories, like mountain areas. We need to be united to succeed to defend the interest of mountain farmers and processors, but also to propose some reasonable ideas in the new CAP and Cohesion policy, especially in the whole development process, meaning even before that the issue is on the table.”

We are aware of your hard work towards the implementation of an optional quality scheme for mountain products in Bulgaria. Could you tell us a bit more about it?
“Of course.  The mountain products label was supported by many Bulgarian, Romanian and Polish people. The idea was to help Bulgarian mountain producers to better commercialise their products in the market, but unfortunately this scheme has not been accepted at the national level yet. As a member of the European Economic and Social Committee, an EU consultative body to the Parliament and the Commission, I am working with Members of the European Parliament, a decision body, to implement this Optional Quality Scheme in Bulgaria. Meanwhile, the President of the Mountain Milk Association – Bulgaria participates in a national working group on mountain products. The mountain scheme is already implemented  in Italy, Austria, Romania, France. We need best practices from other members of Euromontana, implemented in mountain areas, because mountain milk has distinct quality and taste.