Interview of the month: meeting with Prof. Radu Rey, Senator of Euromontana 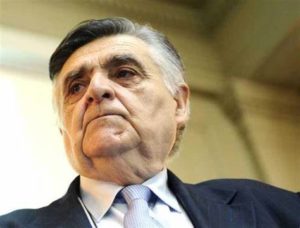 University professor and researcher, Prof Radu Rey played a major part in the development of policies addressing mountain areas in Romania and Europe. He founded in 1989 the Romanian Mountain Area Commission – first Romanian organisation dedicated to mountains’ development and the protection of mountain populations and agriculture and supported the creation of CEFIDEC, the Training and Innovation Centre for Development in the Carpathians, the first agriculture school focused on mountains and also created CE-MONT, the Centre for Mountain Economy, in Vatra Dornei.

Radu Rey holds the position of Vice-President at Euromontana from 1996 to 2004 and then becomes Senator of the association while still defending mountain products and agritourism in Romania, in Europe and at the FAO. In 2018, he is the main author of the Romanian “Mountain Law” which provides a dedicated policy framework for the sustainable development of mountain areas in Romania.

Euromontana : After the adoption of the Mountain Law in Romania in 2018 and the creation of the Massif Committees in 2019, what next steps are needed to support the sustainable development of Romanian mountains?

Radu Rey : “I contributed to more than 80% of the Mountain Law in Romania. 2019 was a major political change for Romania, with new people coming to power, who were not necessarily aware of the specific needs and socio-economic problems in mountain areas. Still, all political parties voted unanimously for the ‘Mountain Law’. Now, what we need is applying all the provisions of this law to make it efficient.

But there is also much to do to make people aware of the specific situation of Romania, and other mountainous countries from the Eastern Europe, too much left behind. Specialists and political actors are not aware of the serious problems in Romanian mountain areas. We run the risk of destroying a large economy that produces quality food on the least productive land, for approximately 6 million people in Romania (but also in other emerging countries in the EU and the Western Balkans). Depopulation for example is a serious issue in our mountains: young mountain farmers, who cannot be replaced by people from towns or farmers from the plains, leave and the remaining farmers are mostly old.”

How could generation renewal be efficiently addressed in Romania?

“The new CAP, through the National Strategic Plans, should use the unique features of Romania to safeguard mountain agri-food economies of the Carpathians. The European Commission must make sure that Romania presents a National Strategic Plan 2021-2027 that includes effective and concrete support measures for small and mediumsized farms in mountain areas!

Another possibility lies in the CAP payments. The main form of payment under the CAP should become payments ‘per head of animal’, with a gradual reduction of ‘surface payments’.”

What would be your prospective vision for mountain agriculture by 2050?

“It will be possible to save mountain economy – which produces high quality food and niche products – from irrecoverable losses with political will and the implementation of the above-mentioned elements.

But the situation in Romania differs from Western Europe. Our agri-food economy is in imminent danger due to important land abandonment and the loss of multi-century traditions, which now rely in the hands of the ‘last Mohicans’ mountain farmers. While the quality term ‘mountain product’ is another development opportunity for Western countries, it is much needed to safeguard Romanian agriculture.

The method is simple: supporting the profitability of small-scale farmers to stabilize their place on the market and the mountain agri-economy. Promoting high quality protein foods (obtained with lower initial land productivity but with much greater human efforts than in other areas), dependent on organic fertilizers and quality grass, with ruminants belonging to small and medium-sized farmers, with centuries-old traditions. The wild capitalist methods are destructive in the mountain agri-food economy.”

To read more on Prof Radu Rey’s vision for mountain agriculture in Romania and in Europe and his analysis of the European Commission’s roadmap, read the full interview in PDF.