Mountain farming most at risk of decline, finds a European Parliament study 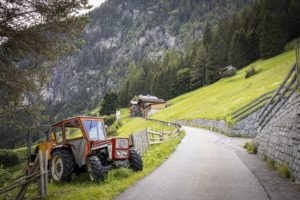 Almost all EU regions are experiencing a long-term structural change in farming, with an increase in average farm sizes and a concentration of production on fewer and larger farms, according to a recent study commissioned by the European Parliament Agriculture and Rural Development Committee “The Future of the European Farming Model: Socio-economic and territorial implications of the decline in the number of farms and farmers in the EU“.

Overall, the study shows that the number of farms in EU-27 declined between 2003 and 2016 from about 15 to 10 million (-32%), with stronger impacts on small farms (50 ha). Projections foresee that by 2040, the EU might lose an additional 6.4 million farms, resulting in a remaining number of approx. 3.9 million farms across the EU.

Mountains will be more affected by land abandonment

Mountain farms are considered to be the most at risk of land abandonment and decrease in numbers in the future. This trend can be explained by the ageing of the population, the difficult generation renewal and the more difficult farming environment.

The study also confirms that climate conditions have a greater impact on mountain agriculture. Soil erosion is stronger in the mountains and the effects of climate change are more pronounced, with a higher risk of fire in the Mediterranean mountain grasslands for instance. These factors add to the natural constraints and existing demographic decline of mountains, making the agricultural sector less and less attractive in our regions. The study concludes that « the higher the share of mountains within a certain region, the higher the risk of agricultural land abandonment ».

According to the study, the European agriculture is expected to become more concentrated and specialised, with fewer farms and less multifunctionality. Future changes in agricultural models will, decrease the resilience of farms, especially in Southern and Eastern Europe. 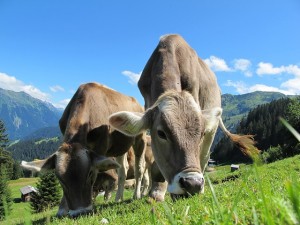 Land abandonment has various consequences in mountain areas, such as the loss of traditional farming knowledge and the lack of landscape management, as noted in the study. Moreover, Euromontana has always insisted on the risks associated with a decreasing agricultural activity in mountain areas for the preservation of biodiversity and other ecosystem services provided by mountain agriculture. In addition, mountain farming is an essential supplier of quality products, produced on a small scale, especially for meat and dairy products.

Mountain agriculture is therefore at risk and “the farm structures most in need of support are small to mid-sized farmers and farmers in mountainous and ANC areas”. Is the support they receive sufficient?

The European Parliament’s study analyses the effects of current policies supporting European agriculture, such as the CAP payments for Areas facing Natural Constraints (ANC), for small farms and for young farmers. Unfortunately, it concludes that these measures “do not compensate for this effect due to poor targeting or insufficient funds, but clearly demonstrate that direct goals and targeted funding could achieve structural objectives”.

This report therefore already provides the keys to more effective support policies. While Member States are revising their CAP Strategic Plan, Euromontana calls on them to take into account the survival of mountain farms and the resilience of small farms by activating all support mechanisms for Areas with Natural Constraints, small farms and generational renewal.