No more glacier in the Alps in 80 years?

A new study published in the European Geosciences Union journal shows the Alps would be mostly ice free by 2100. Written by a team of researchers in Switzerland, the study provides updated data on the possible evolution of glaciers in the Alps under the pressure of global warming.

The study demonstrates that from now on until 2050, 50% of the glacier volume will disappear, independently from our greenhouse’s gas emissions management. As for glaciers after 2050, the study draws up two potential scenarios based on previsions regarding temperatures and precipitation, but also on possible future climate policies. After 2050, “the future evolution of glaciers will strongly depend on how the climate will evolve,” says study-leader Harry Zekollari, a researcher at ETH Zurich and the Swiss Federal Institute for Forest, Snow, and Landscape Research, now at Delft University of Technology in the Netherlands. 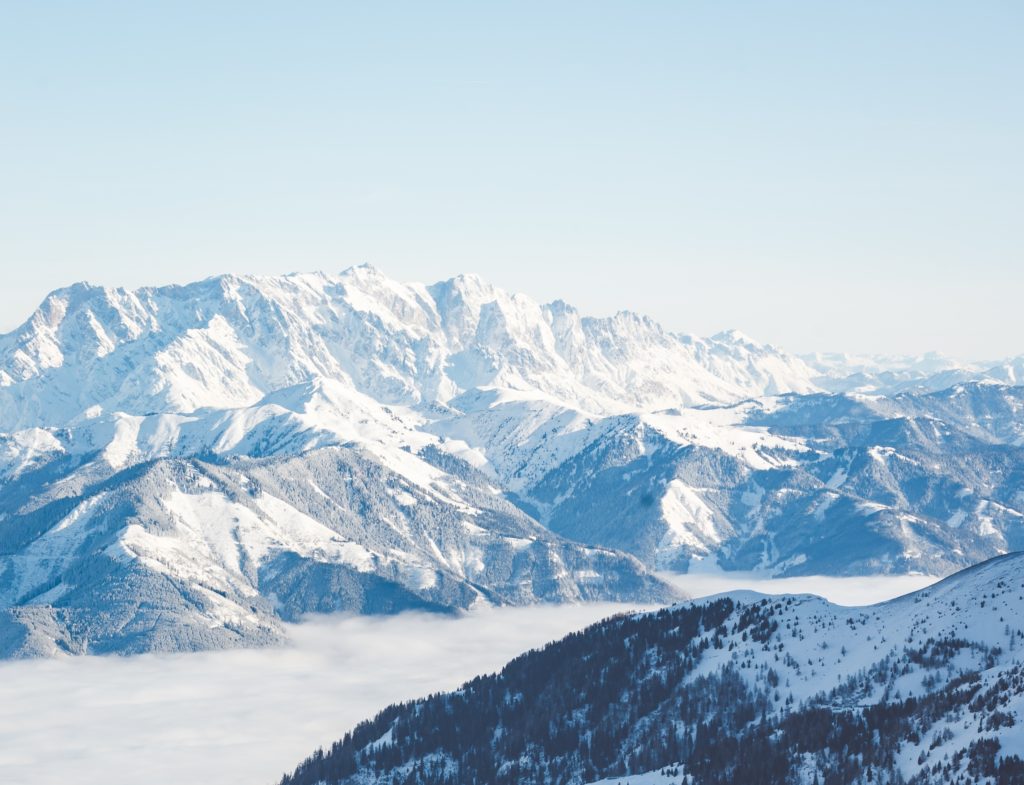 A limited global warming could save Alpine glaciers
Scenario 1 – A limited increase of temperatures in the long-term would open the possibility to save one-third of current glaciers’ volume according to the study. Under the scenario leading to a limited warming, greenhouse gas emissions would peak in the next few years and then decrease. According to previsions, this scenario would lead to a temperature rise of no more than 2°C for 2100, compared with pre-industrial levels, which reaches the current EU targets.

Scenario 2 – On the contrary, greenhouse gas emissions would continuously rise in the next decades in the second scenario. Consequences for the Alps would be tremendous since almost the entire glacier volume would disappear by 2100. The remaining ice volume would, according to Matthias Huss, researcher at Zurich and co-author of the study, “represent 5 percent or less of the present-day ice volume”. The study however also demonstrates that global emissions are currently just above what is projected by this scenario.

Climate change adaptation and mitigation, a challenge for the Alps
Glacier melt will certainly be a challenge of the Alps since they are of a high importance for the region’s landscapes, ecosystems and economy. Alpine glaciers provide water for the local fauna and flora but also to local communities for water reservoirs, agriculture and hydroelectric mechanisms.

In all scenarios, the Alps would anyway lose about 50% of their glacier volume by 2050. This can be explained by the usual long glacier’s response time to past temperatures rise, says study-leader Harry Zekollari. This study on the Alps echoes the Pyrenees Climate Change Observatory (OPCC) recent report on climate change in the Pyrenees, showing that already 50% of the Pyrenean glaciers disappeared since the 1980’s. In response to this report’s discoveries, the OPCC created a new online good practices database on climate change adaptation. Covering all mountainous economic sectors and climate change’s effects on mountains, this new database can certainly be a useful tool for Alpine communities. The Carpathian Convention’s report “Outlook on climate change adaptation in the Carpathian Mountains” might also serve as an example of political frameworks and recommendations towards adaptation.

Mountain areas suffer from climate change but also have a pivotal role in its mitigation and adaptation. As stated in the Bragança Declaration “Face the challenge of climate change: adaptation for future generations”, mountain areas can drive change by encouraging circular economy, raising awareness among youngers generations, promoting short circuits and mobilising all actors through a participatory approach. In response to the public consultation on the EU Strategy on Adaptation to Climate Change in March 2018, Euromontana also proposed concrete measures to be implemented at EU level.

Result from this new study should alert policy makers, stakeholders and citizens and encourage more cooperation between them to implement European, national and regional policies and tools able to fight, mitigate and adapt to climate change.