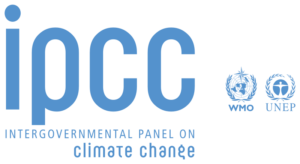 The Intergovernmental Panel on Climate Change (IPCC) recently published the second part of the Sixth Assessment Report, Climate Change 2022: Impacts, Adaptation and Vulnerability, which includes an entire Cross-Chapter Paper on Mountains. This new report underlines the interdependences between the climate system, ecosystems and human communities, and highlights the urgent need to deploy more efforts to adapt to climate change. This in particular holds true for mountain areas, where climate change acts faster.

The report recalls that climate change will have negative impacts in mountain areas and cascade effects on lowland communities, which are often dependent on ecosystem services provided by the mountains. More frequent or more severe fires will for instance affect ecosystems. The rise in temperature will also impact water supply for populations and related sectors. At global scale, 68% of irrigated agricultural areas in lowlands for example depend on essential runoff contributions from the mountains and food production could therefore suffer from melting glaciers.

The IPCC scientists have studied a wide range of adaptation measures implemented in mountain areas. Some solutions are now well known in the agricultural sector, such as crop diversification, use of local varieties and support to local knowledge and pastoralists who help maintain the productive value of mountain agriculture. There are also more and more examples of regions adopting strategies to boost the adaptation of their tourism industry by diversifying the offer and decrease the dependence over ski tourism, as done in the Pyrenees. In May 2021, Euromontana organised the webinar “Smart Mountains: Climate Adaptation – What opportunities for mountain businesses?” which provided more examples of successful adaptation strategies in the tourism, forestry and agricultural sectors in European mountains.

Of all the adaptations measures studied by the IPPC scientists, 91% involve individuals or households, frequently engaged in smallholder agriculture and/or pastoralism, respectively 31% and 29% involve local governments and sub-national or local civil society actors while only 10% involve the private sector. Moreover, most of the adaptation measures implemented have so far focused on the adaptation of agriculture and tourism, while other areas are relatively neglected.

The IPCC report stresses that the current efforts for adaptation are insufficient to address future risks in mountain areas. The observations made by researchers show that the actions implemented do not respond to sufficient challenges, being too often limited to the agricultural and tourism sectors, do not sufficiently include private operators, do not enough engage with local communities and their needs, and face obstacles related to the social and economic acceptability of certain transition and adaptation measures. The report therefore highlights that successful adaptation strategies must engage with local people and address their concerns and values, rather than focusing on one single risk and the directly involved actors. It also calls for a better governance in order to build coherence and ambitious adaptation strategies for mountain areas beyond administrative borders.

Euromontana shares the IPCC’s concerns about the urgent need to better adapt to climate change in mountains. Euromontana welcomes the adaptation initiatives undertaken by the agriculture and tourism sectors, but also calls for a wider deployment of efforts. Cooperation between territories and with local communities is increasingly crucial to build resilient territories and resolve conflicts related to the use of natural resources.

❗️ Subscribe to the newsletter to discover more on the project and how we fight extreme wildfires! 📩 👉We will send you news about the progress of FIRE-RES every 6 months ➡️ fire-res.eu/get-informed/newsletters/ ... See MoreSee Less

💡 How to encourage action for youth to maintain the attractiveness of our regions?🇨🇭 In Switzerland, Schweizerische Arbeitsgemeinschaft für die Berggebiete SAB awards a label to municipalities that act for mountain youth in the fields of education, housing, employment, mobility, leisure and much more! 🥇Read our good practice to discover the label criteria and the measures implemented by awarded municipalities 👇 ... See MoreSee Less

Youth migration is a major issue for many mountain areas; due to the lack of satisfying socio-economic opportunities or of territorial attractiveness, many villages are faced with the departure of you...
View on Facebook
· Share

The first meeting of the World Network for Mountain Biosphere Reserves (WNMBR) took place on 12 May 2022 and was the opportunity to launch the network’s activities. The WNMBR was officially launched...
View on Facebook
· Share

❗️Only one week left to discover our first newsletter!

Find out about the project, learn more about the sister projects and the Living Labs 🌲

Today is #BiodiversityDay! 🌎 🦍 Did you know? Mountains are home to many endangered species. #MountainsMatter #IYM2022

📄 #Call for #Abstract 1st International Conference 🦎 “Rural Youth and the New Youth Guarantee” in 🇮🇹 Brescia on 14th September 2022, a reference for all the researchers, stakeholders and professional of the #RuralYouth #EYY2022
🌐 Visit https://t.co/0XZPp9hVxF @COSTprogramme