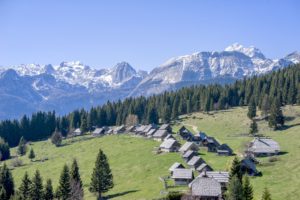 Mountains cover nearly 29% of the European countries and 13% of its population. Beyond representing an important share of the European surface and citizens, mountain regions are also sensibly different from other territories such as cities and islands, both in terms of assets and challenges.

Because of this reason, mountain areas require specific interventions to, for instance, support mobility, combat climate change or trigger employment. This statement is shared by 54% of European citizens.

According to the findings of the last Eurobarometer on citizens’ awareness of the European Regional Policy, more than half of European citizens believe that the European Cohesion Policy shall prioritize investments in rural remote and mountainous areas.

Cyprus is the country where the highest percentage of people intended to support these areas, with about 79% Eurobarometer’s respondents in the country declaring so. In other 17 European countries, more than 50% of respondents claimed the same attention for rural remote and mountain areas, ranging from 51% of the respondents in Sweden up to 71% in Slovenia.

Additionally, findings from the Eurobarometer shows that in the next few years, people living in rural remote or mountainous areas would prioritize investments in educational, health or social infrastructures (51%), followed by environment (40%) and support for small and medium enterprises (both at 33%).