Quality must not be neglected on the packaging of food products

Nutrition labelling, an overview of the European situation

The nutriscore is a front-of-package label for food products that assigns them a score from A to E based on the nutritional value of their ingredients. Applied for the first time in France in 2017, its application is now officially recommended (but not mandatory) by Germany, Belgium, the Netherlands, Luxembourg and Spain. 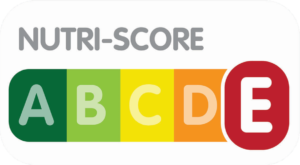 In 2019, a group of consumer associations submitted a “Pro-nutriscore” European Citizens’ Initiative (ECI), calling on the European Union to make the measure mandatory in all EU countries. Following the debate launched by the ECI, the European Commissioner for Food Safety, Stella Kyriakides, finally announced in May that such labelling would not become mandatory as part of the “farm to fork” strategy.

While the harmonisation of food packaging remains an objective of this farm to fork strategy, the debate remains active at EU level with strong differences between Member States in the Council of the EU: while some Member States wish to implement the Nutriscore, others, such as Italy, are proposing alternative schemes such as Nutriform – which indicates to consumers in a battery symbol the product’s contribution to their daily energy requirements.

The debates between Member States on the Nutriscore led some countries to circulate a document at the last Agriculture Council to recall the important cultural dimension of food and to express their fears for quality products. This type of product, such as certain cheeses and meats, could in fact be given a lower score than highly industrialised products, thus running the risk of blurring consumer perceptions. In this joint declaration, Italy, Romania, Greece, Cyprus and the Czech Republic therefore call for quality to be taken into account and for an enhanced promotion of products that benefiting from quality schemes such as Protected Designation of Origin, Protected Geographical Indication and Traditional Speciality Guaranteed.

Euromontana warns against a simplistic vision of food labelling. Indeed, Euromontana would like to stress that quality must be a key factor in achieving healthier consumption. Nutrition is only one of the elements that make up the quality of a food product, so it is crucial to also take into account the origin of the products, the quality of raw materials such as mountain milk and the traditional know-how used in the production process.

Euromontana also calls for raising awareness among consumers about production methods and their consequences, in particular by promoting extensive farming, as is the case in mountain areas, and its benefits for the environment, biodiversity and landscapes, the preservation of traditions and the maintenance of activity in areas with natural constraints, etc. The promotion of healthier and more sustainable diets, which is one of the objectives of the “farm to fork” strategy, should be achieved by valuing what Europe does best, including its quality schemes and optional quality terms. This should be achieved through a revision of the EU’s Promotion Policy to better promote small producers and quality food, as Euromontana stressed in September 2020 in its response to the European Commission’s consultation on the Promotion Policy.

European regions must have a central role in the governance, management and delivery of the future CAP! - Euromontana

Press release 15/04/2021 On the eve of the first trilogue negotiations on the territorial dimension and the governance of the future Common Agricultural Policy (CAP), the Agriregions Coalition, AREFLH, AREPO and Euromontana, representing together more …
View on Facebook
·Share

By Laura Gascón Herrero, Provincial Government of Teruel, member of Euromontana’s Board of Directors In Spain, the G100 Rural Proofing project aims to develop a Spanish model for rural proofing. The G100 initiative is led …
View on Facebook
·Share

For 2026 as the International Year of Rangelands & Pastoralists: Euromontana supports the initiative - Euromontana

In 2020, EU Member States as a bloc agreed to support the idea of an International Year of Rangelands and Pastoralists (IYRP) in 2026, during the 27th session of the FAO Committee on Agriculture and …
View on Facebook
·Share

Getting ready for Horizon Europe: novelties you must know - Euromontana

In December 2020, the European Commission, the European Council and the Parliament agreed a total budget of €95.5 billion for Horizon Europe (current prices), the new research and innovation framework programme for the 2021-2027 period, …
View on Facebook
·Share

#StrategicPlans can better address local needs with regions on board. We call for a greater recognition of the role of regions in the future #CAP! Joint press release 👇
@AREFLH @arepoquality_eu
https://t.co/LQ7r5KnZlf

Thank you for being part of the team. We are about to know the first results of the work carried out by this group of fifty men and fifty women. https://t.co/kp0NeLxIa3

Discover our speakers! Regional representatives and stakeholders will present how their region support the #SilverEconomy for the benefit of rural #OlderAdults