The Committee of the Regions (CoR) asked for a Digital Europe for all last week at the Broadband Platform meeting with the European Commission.

After two years of existence, regional policy makers were assessing the platform’s benefits on April 3, 2019. While the CoR President, Karl-Heinz Lambertz, called for “digital revolution to be co-created and felt throughout the whole European Union”, broadband has for the moment been mostly developed in large cities or richer EU regions. 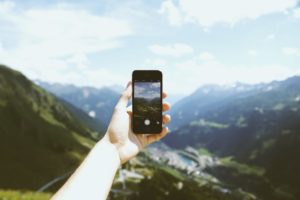 To achieve a better access to broadband in all EU territories, First Vice-President of the CoR, Markku Markkula, presented CoR’s draft proposals to the Broadband Platform. These proposals for instance include:

Broadband access is determinant for mountain areas to stay attractive to citizens and in particular to local entrepreneurs and youth. Rural connectivity is on the rise but still far below the average European access of 76% of households. There are no specific data for mountain areas, but in many cases these areas suffer from a lack of connectivity. For more details on the broadband coverage in Europe, please read the 2017 Mapping progress towards the coverage objectives of the Digital Agenda of the European Commission.

In 2017, in parallel with launching the Broadband Platform, the European Commission created the online portal WIFI4EU. Aiming at reducing the broadband access gap, the initiative helps municipalities in providing free public internet access. Frequent calls are organised. To learn more about the process and eligibility criteria, please read our article.