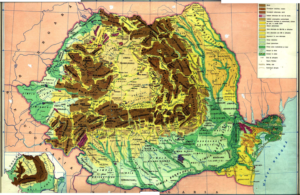 On June 4, 2019, the Romanian Government published its decision n°332 (Official Journal n°444) establishing a National Mountain Council as well as 9 Massif Committees. After the adoption of the Romanian Mountain Law in 2018, this new decision follows the track towards a better territorial governance to manage the sustainable development of Romanian mountain areas. The reform is long overdue and has been encouraged by Euromontana’s Romanian members for many years!

9 Massif Committees for the development of mountain areas

The Romanian decision provides for the creation of 9 Massif Committees, based on the existing French model. Massif Committees will contribute to national decisions impacting mountain areas by formulating policy recommendations and strategy proposals to different Ministries such as the Ministries of Agriculture and Rural Development, Environment, Waters and Forests but also to the National Agency of the Mountain Area, the National Agency for Protected Natural Areas, the National Mountain Council and other relevant public bodies. At the massif level, Massif Committees will be collaborating with local actors, such as entrepreneurs, public administrations, universities, LAGs and associations, to build common strategies for the sustainable development of the area.

Each Committee will count 18 members working for the sustainable development of mountain areas, including representatives from municipalities and public institutions, involved in the management of mountain agriculture, forests, water, tourism and environment among others, as well as representatives from civil society organisations, from the industry sector and from research and innovation.

Massif Committees are also invited to reflect on the future of their territory by conducting studies and forecasts of future socio-economic trends in the area. To structure their work and provide expertise, Massif Committees will create technical committees on different critical topics such as agriculture and rural development, environment and biodiversity protection, mountain education or innovation and research.

A comprehensive approach of territorial development and governance

By taking the reflexion on the sustainable development of mountain areas beyond the administrative borders of municipalities and counties, Massif Committees are useful tools to build territorial strategies at Massif level, a more relevant scale. The establishment of Massif Committees in Romania thus paves the way for a more comprehensive approach of mountain communities’ needs and potentials.

The Romanian decision follows the French model, where such committees were established in 1985. Their contribution in France in the shaping process of Operational Plans of the Cohesion Policy for instance make Massif Committees very useful tools facilitating a participatory and constructive democracy as the actors on the ground directly participate in the elaboration of the programme, according to André Marcon – representative of the French National Mountain Council and former President of Euromontana.

With a mixed composition and decisions being taken by simple majority, Massif Committees in France and Romania are interesting examples of smart governance in mountain areas. To ensure that newly created Committees in Romania get their recommendations taken into account at national level, the Romanian National Mountain Council will act as an interface. Created by the 2018 Mountain Law, the National Mountain Council has now fully become an official entity of Romania. Chaired by the Prime Minister, the Council will support Committees and ease their communications with national Ministries and authorities. With a structure composed of Massif Committees’ Presidents but also representatives from various national Ministries and agencies, the National Mountain Council will indeed be a key tool for the expression of local needs and recommendations. It will also help in the coordination of actions and the exchange of experience between the 9 Massif Committees.

For more information on Massif Committees, please read the proceedings of the conference “Cohesion Policy in Mountain Areas: How to increase the contribution from mountains and benefits for mountains territories?”, co-organised by DG REGIO and Euromontana on June 7 2017 in Brussels.

What is the impact of the 5 Policy Objectives of the new #cohesionpolicy for the areas with Geographic Specificities? How could we reframe territorial strategies as components of a #mountain strategy, #island strategy, SPA strategy and #coastal strategy? https://t.co/NU7gRKZZU6

🗣️Discussions on #sharedmobility often overlook #ruralareas. Can the trend be changed? If you represent a city or town in a rural area, how about joining the European Mobility Week and help to change the trend?Registrations for September 2020 are now open! https://t.co/B19buRLe8s

Join the MAMBA project for its Final web conference on the 3, 10, and 17 of September 2020, for three online sessions full of interesting stories, insightful discussions and inspiring speakers. Find out more and register here: https://t.co/gStGqwbKGg