SIMRA participated in the debate on “Smart villages: Integrated strategic approaches to innovation in rural areas”

On 29th January 2019, Marie Clotteau, Director of Euromontana, presented SIMRA to the NAT (Commission for Natural Resources) members of the European Committee of the Regions (CoR) during a debate on “Smart Villages: integrated strategic approaches to innovation in rural areas”.

How to implement a Smart Village within the framework of the 2021-2027 EU policies? 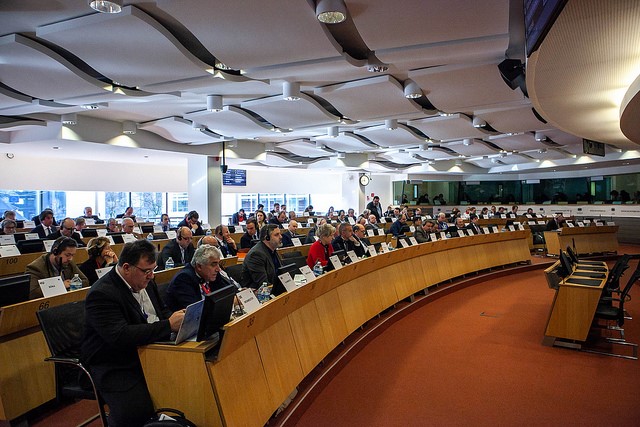 According to the related EU Action Plan (April 2017), Smart Villages are “rural areas and communities which build on their existing strengths and assets as well as on developing new opportunities”, where “traditional and new networks and services are enhanced by means of digital, telecommunication technologies, innovations and the better use of knowledge”.

In the current legislative proposals for the CAP post-2020, there is no further precision of what a Smart Village should be; and if there is a political will to support the implementation of the concept, there is no obligation at all for the Member States to actually implement Smart Villages. Members States can define in their CAP Strategic Plans if and how they wish to support their Smart Villages either by supporting cooperation measures (such as LEADER), knowledge exchange or investments or any other EAFRD measures.

In the same way, the Cohesion Policy post-2020 will not define specific tools or measures to support the implementation of Smart Villages, but Merja Haapakka from DG REGIO encouraged inhabitants to use the current existing tools such as CLLD and ITI or other territorial tools developed at Member States level to implement Smart Villages. In addition, she claims that the new objective 5 “Europe closer to citizens” and the 6% of funds earmarked to urban areas should be seen as interesting opportunities too, as “rural areas will also benefit of the emphasis places on functional urban areas and urban-rural linkages”.

Thus, if there is some political will at EU level to support Smart Villages, the absence of specific targeted tool to actually implement them will require the Member States to take the lead and to really support this implementation in their own countries by defining adequate support in their CAP Strategic Plans and in their Operational Programmes.

Beyond the supporting measures, what is the essence of Smart Villages? 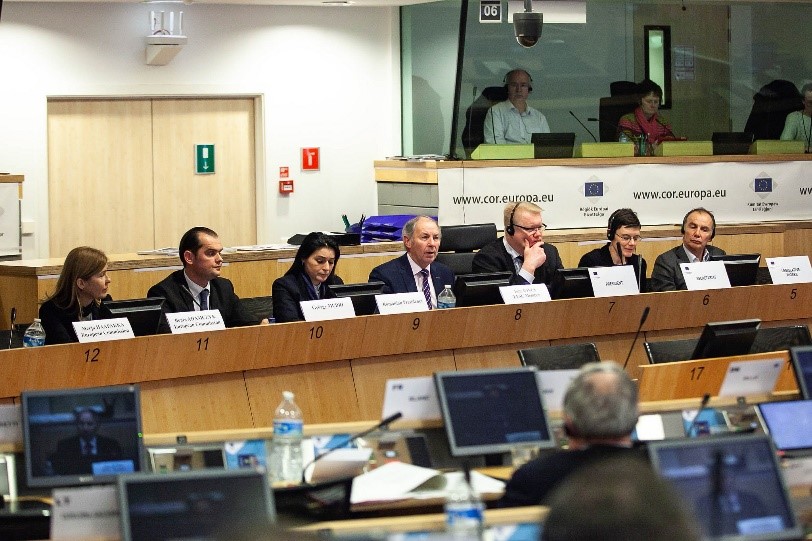 During the NAT event, many speakers explained that this view is too restricted, and a larger approach should be retained.

For Tom Jones, member of the European Economic and Social Committee, sustainable villages are extremely important for the future and an integrated support for Smart Villages is needed. In order for villages to make a difference, there is a need for strong leadership supported by regional governments and civil societies, such as a need to integrate communities with other villages and have an integrated approach.

For György Mudri, advisor to MEP Tibor Szanyi, the key tools to implement Smart Villages are developing horizontal collaboration among villages but also between sectors; a digital access specially to maintain young people in rural areas and an integrated policy approach. One amendment, currently under discussion at the European Parliament, suggests earmarking at least 1% of the European Structural and Investment Funds for Smart Villages. If adopted, it would further support the implementation of Smart Villages.

For Marie Clotteau, Director of Euromontana, digitalisation is a good tool but cannot be the only way to develop a Smart Village. She presented a few SIMRA examples to show how social innovation can actually help to develop new innovative actions and thus create this necessarily enabling environment to implement Smart Villages. She explained that “policy-makers can help triggering action by suppressing obstacles faced by social innovators and by supporting social innovation in different policies such as the CAP and Cohesion Policy”. She also suggested some concrete actions for policy-makers to better support social innovation in the current and future policies and invited members of the CoR to participate in the future SIMRA policy guidelines.

Finally, for Clive Peckham, representative of ERUDITE (Enhancing Rural and Urban Digital Innovation Territories) project, having a good digital infrastructure is just the beginning, you have to bring local people together and develop common projects in order they wish to stay, live and work in the rural areas. If the rural-urban relations are often quoted as an interesting way to support the implementation of Smart Villages, Clive Peckham also underlined the need to focus on rural-rural cooperation.

A European rural agenda to have a stronger support for rural areas, beyond the Smart Villages.

Enda Stensson, rapporteur for the CoR opinion on “Revitalisation of rural areas through Smart Villages”, concluded that “much remains to be done to promote and develop the Smart Villages initiatives on the European political agenda over the coming months”. With the proposed cuts for rural development in the current legislative proposals, “it is crucial to take rural areas into consideration in all European policies: their needs extend far beyond what the rural development pillar of the CAP can deliver. Consequently, the Commission must strike a better territorial balance by taking account of the specific needs of rural and peri-urban areas, especially under cohesion policy” and thus recalled that the CoR is calling the Commission to implement a “European rural agenda” to have ambitious, integrated and sustainable development of rural areas.