The brown bear reappears in Portugal after almost two centuries

Biodiversity has recently been in the spotlight mainly due to news about biodiversity loss and species going extinct (see the latest IPBES Global Assessment report published on 06/05/2019).

But for the first time since 1843, a brown bear has been spotted in Portugal, where it is officially considered extinct by the IUCN. It was a beekeeper in the Montesinho Natural Park, Bragança (northwest Portugal) who noticed the bear’s presence after it damaged his beehives. The beekeeper informed the Institute of Conservation of Nature and Forests (ICNF), which in turn sent experts to examine the site and take samples of footprints, fur, and scats. Based on this evidence, the ICNF confirmed the news.

Male bears can wander for long distances in search for food and new territories. The bear sighted in Portugal probably comes from the western population of the Cantabrian Mountains (Spain). There, the brown bear population has increased to around 280 individuals at present according to the Spanish Fundación Oso Pardo. During the past few years males from the Cantabrian Mountains have occasionally been observed wandering along the Spanish – Portuguese border. In the transboundary collaboration, the ICNF and Spanish conservation authorities monitor the movements of bears as these spread into new territories. 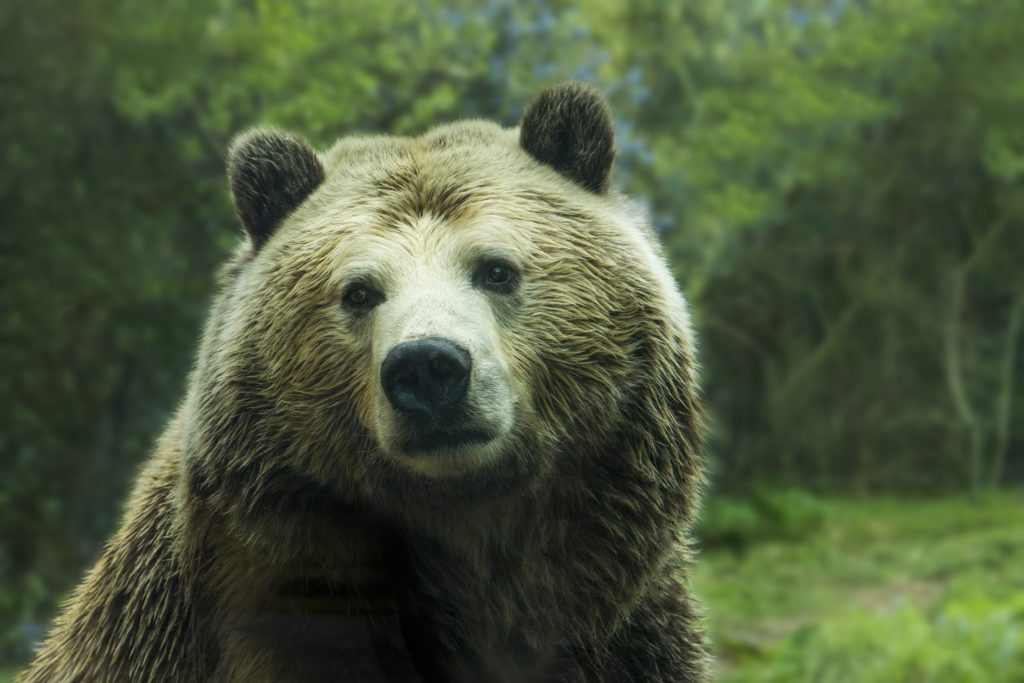 The brown bear’s return in Portugal is important for multiple reasons. Firstly, the bear is part of the Portuguese natural and cultural heritage, and the public reacted with great excitement to the sighting. Secondly, the scientific aspect is important as well. As a Euromontana member João Azevedo from Centro de Investigação de Montanha says, it is interesting to “see how bears will use the habitat and landscape, and how the ecosystems and landscapes will be affected. It is important also in the analysis of depopulation-abandonment-rewilding of mountains in Portugal and other parts of Europe”. Depopulation and land abandonment have many negative effects, such as an increase in forest fires. But there are also positive aspects, such as an increase in ecosystem services and the return of iconic wildlife species like bears. This is linked to the third aspect – economic opportunities. As many European citizens are interested in bears, Portuguese mountain communities can use such interest to generate sustainable incomes through, for instance, bear-watching, or creating product labels and brands from bear territories.

However, for the time being it is just one bear, and Portuguese experts are unsure whether a stable bear population is possible in Portugal. Bears require large areas of continuous habitat for food and shelter. In fact, the bear’s extinction in Portugal was driven by land cover change and habitat fragmentation. In addition, potential bear habitats need to offer enough natural food sources to avoid bears from approaching human settlements in search for food like beehives or garbage. As currently only a framework exists on wolf damage evaluation and compensation in Portugal, the ICNF recommends using electric fencing to protect the beehives until further knowledge is available on the bear presence in the area.

Euromontana will continue to monitor the situation and keep you informed about future developments.

📣 Tell us about cohesion in your region! Are the Operational Programmes of the 🇪🇺 Cohesion Policy finalised in your country? Do they include measures for mountain areas?👉Then tell us more & take few minutes to answer our call ⤵#Montana174 Europe in my region ... See MoreSee Less

Let us know about the 2021-2027 Cohesion Policy in your mountain areas! - Euromontana

What was the extent of the damage caused by forest fires last year? What are the consequences in the mountains? 🔥 Find the answer in the latest JRC report!💡 In December starts the new Euromontana H2020 project on extreme wildfires! ... See MoreSee Less

Forest fires worsens year by year: what is the status in Europe? - Euromontana

On October 2021, the Joint Research Centre published the 21st edition of its annual report on forest fires in Europe, Middle East and North Africa related to the year 2020. According to this report, i...
View on Facebook
· Share

➡️Internship offer⬅️Join our team for 6 months and work with us on communication and European projects 🇪🇺 We offer the possibility to get experience in a European organisation from March 2022⚠️Application to be sent before 03 January 2022Conditions and internship offer here ⤵www.euromontana.org/en/internship-opportunity-communication-from-march-2022/ ... See MoreSee Less

More than 75% of the #grasslands in the EU have unfavorable conservation status 💔. How can we improve their environmental #conservation and socio-economic challenges? The @LIFEprogramme OREKA MEDIAN identifies 31 practices & recommendations for #science📌https://t.co/ViZ6pS3EpW

📣 Tell us about territorial cohesion in your region!

Are the Operational Programmes of the 🇪🇺 #CohesionPolicy finalised in your country? Do they include measures for #MountainAareas?

What was the extent of the damage caused by #ForestFires last year? What are the consequences in the mountains? 🔥 Find the answer in the latest JRC report!

Want to learn more on cohesion in #MountainAreas?#Montana174's website is now live!
💡Find initiatives financed by the #CohesionPolicy to improve the daily life of citizens in the mountains & soon factsheets to learn how to benefit from the funds👇
https://t.co/rCy1xveEAt