The economic impacts of material cultural heritage in mountainous countries

During the European Week of Regions and Cities, on October 10, 2019, a session was organised by DG AEC (Education, Youth, Sport and Culture) and ESPON, to help understand the economic impact of material cultural heritage.

This session aimed at resuming the work carried out by ESPON during the past year on the HERITAGE research project (The Material Cultural Heritage as a Strategic Territorial Development Resource: Mapping Impacts Through a Set of Common European Socio-economic Indicators). Concluded in July 2019, the HERITAGE project came out with a report highlighting the economic benefits of material cultural heritage in different countries, including mountainous ones such as Norway, Romania, Slovakia, Slovenia and Austria. Studied sites include all sites with recognised heritage value whether or not legally protected by national or international legal frameworks. 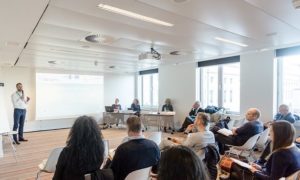 ESPON’s HERITAGE project provides interesting data which can help sustainably manage material cultural heritage in mountainous areas, specifically where these sites attract a high number of tourists and could lead to over tourism practices. Researchers however pointed out the difficulty to assess the impacts of material cultural heritage on other economic sectors, which could have been of a great interest for mountain regions, such as crafts.

The European Commission also presented the European framework for action on cultural heritage and reminded the success of the European Year of Cultural Heritage in 2018, with more than 37 countries involved and 14.000 labelled events organised. During the European Year of Cultural Heritage Euromontana organised in September 2018 the XI European Mountain Convention in Vatra Dornei, Romania. To close this bi-annual event, a declaration was signed by participants, calling for a better recognition of mountains’ cultural and natural heritage – assets which cannot be relocated, rooted in mountain’s identity and which highly contribute to the attractiveness and innovation potential of our territories.

Cultural and natural heritage is a crucial issue in mountain areas, not only regarding economic impacts but also for the preservation of natural landscapes and traditional know-hows for instance. For inspiring examples on how to enhance mountains’ cultural heritage, please consult Euromontana’s booklet of good practices . You can also read about the recently launched request to include transhumance on the UNESCO list of Intangible Cultural Heritage.

Key messages from Marie-Antoinette Maupertuis President of Assemblea di Corsica and Władysław Ortyl President of Podkarpackie - serwis samorządu województwa this morning at #Montana174 conference on Cohesion Policy in mountain areas 🌄👉 Mountains face specific challenges and infrastructure costs are higher👉 There should be an earmarking of funds for mountain areas 👉 Local people must be informed and trained to apply for Cohesion Policy funds👉 More support is needed for cross-border initiatives 🎥 Join us live from the European Committee of the Regions! ⬇us06web.zoom.us/j/81918000254?pwd=dFVZN29hdWprV3Q0eGZFUFQrQWpkZz09Programme ⬇www.euromontana.org/en/events/final-conference-how-to-foster-the-effective-uptake-of-cohesion-pol... ... See MoreSee Less

🎥 We are live from the European Committee of the Regions ❗️Join us online for #Montana174's final conference & learn more on the 2021-2027 Cohesion Policy in mountain areas 🌄Zoom link 👇us06web.zoom.us/j/81918000254?pwd=dFVZN29hdWprV3Q0eGZFUFQrQWpkZz09Programme 👇www.euromontana.org/en/events/final-conference-how-to-foster-the-effective-uptake-of-cohesion-pol... ... See MoreSee Less

🌄 Have you considered joining the Rural Pact Community? 🤝🔸Contribute to the implementation of the Long-Term Vision for Rural Areas in your territory🔸Receive useful and inspiring information🔸Make a commitment for the future of your mountain!Find all the information in our latest article 👇 ... See MoreSee Less

The European Rural Pact: what is it and how to get the mountains on board? - Euromontana

The creation of a Rural Pact was announced in June 2021 in the EU’s Long-Term Vision for Rural Areas. The Rural Pact is designed to involve all levels, including national, regional, and local author...
View on Facebook
· Share

📆 Our Montana174 project will be at the #EURegionsWeek !What tools and channels to use to easily and effectively explain Cohesion Policy to citizens? 🗨️We will discuss how to communicate on the 🇪🇺 cohesion funds in a workshop with Osservatorio Balcani Caucaso Transeuropa & EMA RTV - Onda Local de Andalucía Check out the programme and register 👇eu.app.swapcard.com/event/euregionsweek-2022/planning/UGxhbm5pbmdfOTYwMzg1 ... See MoreSee Less

@Euromontana's Carla Lostrangio writes the newest @regstud Blog examining the opportunities for #Mountain #Regions from #CohesionPolicy programmes that have been tailored to the needs of mountain areas.

Check out all the details 👉 https://t.co/JPq1nqG6La

We will discuss how to maintain the attractiveness of our regions towards #youth & provide some insights from our mountain youth report! 🌄

At #Montana174 event on #CohesionPolicy in mountain areas, @DPTeruel presented how the #ERDF boosts the development of the #SilverEconomy through our project! 📈

The official launch event will take place in Brussels on 6 October 2022. Stay tuned!