The EESC opinion on the contribution of Europe’s rural areas to the European Year of Cultural Heritage adopted !

The European Economic and Social Committee opinion on the “Contribution of Europe’s Rural Areas to the 2018 Year of Cultural Heritage” was adopted on 19 September 2018 with a huge majority (201 votes for, 2 against and 7 abstentions).

The document, whose rapporteur is Tom Jones, focuses on the huge assets and talent that rural areas and their citizens have and how they contribute to Europe’s cultural heritage. 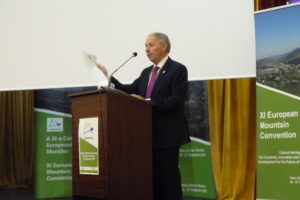 Last week, Tom Jones was attending the XI European Mountain Convention on Cultural Heritage in Vatra Dornei, Romania, where he presented his EESC opinion. “Cultural Heritage is an economic motor and an added value to rural economies. It is  more than GDP, it is also about diversity, sustainability, well-being”, said Tom Jones.

Euromontana contributed to the opinion to better emphasize the mountain cultural heritage, by writing some comments directly to the rapporteur and by participating in the public hearing organised at the EESC on 5 June  2018 in Brussels. (To read Euromontana’s contribution, see this post).

For more information on the European Year of Cultural Heritage, click here. 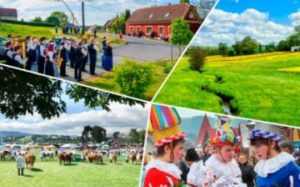 The @ENRD_CP Thematic Group #Rural2040 should help to build an ambitious Long-term vision for #ruralEurope
👉 As member of this new expert group, we hope our collective work can have a real impact on the European Commission's proposal next spring 🇪🇺
https://t.co/PA4aOO5I0u

Would you like to know how the climate in the Pyrenees could be in the coming decades? 🔎⛰ From 1st October, join us in a series of 6️⃣ thematic webinars.

Our member @dpteruel is involved with us in the @interregeurope project @Silver_SMEs to improve the quality of life of #olderadults in rural & mountainous areas! 🌄👩‍🦳
Discover the challenges of #ageing in Teruel in this first regional infographic 👇

📝A territorial contract between cities and their hinterland is the best – if not the only – way to pursue harmonious economic development that avoids the twin pitfalls of: