In October 2018, the European Commission put forward an action plan “to develop a sustainable and circular bioeconomy that serves Europe’s society, environment and economy”, referred to as an update of the 2012 Bioeconomy Strategy of the EU. This action plan contains 14 concrete actions to be launched in 2019. For instance, there is the establishment of a €100 million Circular Bioeconomy Thematic Investment Platform. Another action includes the launch of pilot actions for the development of bioeconomies in rural, coastal and urban areas, for example on waste management or carbon farming. 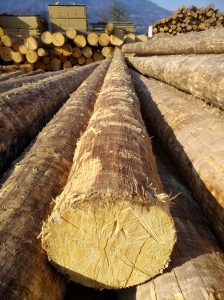 According to the EU definition, the bioeconomy “comprises those parts of the economy that use renewable biological resources from land and sea – such as crops, forests, fish, animals and micro-organisms – to produce food, materials and energy”. The European Commission’s Knowledge Centre for the Bioeconomy estimates that the agricultural and food industries represent 76% of the total 18 million jobs which were part of the bioeconomy in 2015 and generate 67% of the turnover (2,259 billion € in total in the EU in 2015).

The bioeconomy thus appears as an opportunity to generate value in rural areas, and the circular bioeconomy (i.e. applying the concept of circular economy – turning waste into resources – to biological resources) as an opportunity to circulate this value locally within the rural economy. Many examples already exist of local energy production and consumption, local processing, local branding, valuing by-products, turning waste into new bio-based products, etc. Browsing through the database of social innovations launched by the H2020 project SIMRA will provide you with concrete, successful examples of such initiatives. You can also have a look at the article Euromontana wrote in 2017 about how the Alzen municipality in France used the principles of the circular bioeconomy to increase its attractivity.

The BIOrescue project has been working on identifying solutions to deploy circular agro-food systems across Europe. These topics were discussed at the conference “Towards a circular agro-food industry” on 4 April 2019 in Brussels, at which Euromontana participated. Results of the project show that investments in research initiatives, especially public-private partnerships, are still needed to help connect the agro-food sector with the potential opportunities offered by the bio-based industry. In agro-food value chains, collaboration and training, as well as infrastructure and logistics investments, will also offer strong incentives to the sector in closing the loop towards more circular business practices. But for the circular economy to become reality in the agro-food industry, a clear and cohesive policy framework will be key. Such a policy framework would require stronger integration of policy objectives across sectors, promoting a cascading use of biomass sources. Thus, a level playing field can be created for bio-based products, avoiding competition with bioenergy while simultaneously considering their contribution to climate change mitigation.

To learn more about this topic, don’t hesitate to visit the Rural Bioeconomy Portal launched by the ENRD, where you will find inspiring good practices, the results of the ENRD Thematic Group on ‘Mainstreaming the Bioeconomy’, and news connected to this topic.