Where do we stand five years after the adoption of the SDGs? 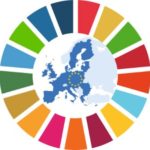 Reducing inequality within and among countries

SDG 10 aims at reducing inequalities. In the EU, indicators for instance measure the average income and the risk of social exclusion in urban and rural areas.

In 2018, the percentage of rural population risk of poverty or social exclusion outnumbered (23.6%) the ones living in cities (21.4%). The reasons for the higher risk of poverty in European rural areas include the ageing of the population and rural depopulation, remoteness as well as limited education and employment offers.

A 2.2% gap remains between urban and rural areas but it is progressively closing, compared to 2010 where the difference amounted 7.8% due to higher poverty in rural regions. A bigger difference exists in some countries such as Romania and Bulgaria where 45% of the rural population is at risk of poverty or social exclusion against 20% in cities.

Protecting, restoring and promoting sustainable use of terrestrial ecosystems

Mountain areas are very much concerned by SDG 15, which aims at protecting land and biodiversity. Several indicators measured by Eurostat in this regard are encouraging but agriculture and urbanisation are still threatening the biodiversity.

According to Eurostat’s report, the types of habitats showing a declining trend include bogs, mires and fens, followed by grasslands. As a consequence of habitats degradation, some grasslands species are declining too. Butterflies — which are among the most common plant pollinators — are a sign of environmental health, in particular in grasslands. The grassland butterfly index is based on data from 15 Member States, measuring the population trends of 17 butterfly species. Between 1990 and 2017, butterfly populations declined by 39.3%, with major losses for grasslands’ biodiversity. Between 2012 and 2017, the grassland butterfly index grew by 2.7%. This first positive increase is encouraging but remains a very modest progress compared to the extent of biodiversity loss. Eurostat’s report also identifies agricultural intensification and land abandonment, especially in mountain areas of Eastern and Southern Europe, as key factors of the disappearance of grasslands’ butterflies.

These encouraging trends should not occult other indicators, such as common birds’ species which are continuously decreasing since the 2000’s due to agricultural intensification causing habitats’ degradation and an increased use of chemicals. Farmland bird species are in particular exposed to losses while forests bird species are increasing.