On April 12, 2018, the Representation of the German State of Saxony-Anhalt to the European Union and its Ministry of Environment, Agriculture and Energy organised a conference in Brussels on the topic of large predators and their successful integration into a modern cultivated landscape. Since about twenty years, the wolf has once again been spreading in Germany and in other European countries. According to the organisers of the event, this often leads to problems when humans and predators encounter each other in the often densely populated European cultivated landscapes. The aim of this event was thus to share and discuss current experiences in various German and Polish regions related to coexistence measures (i.e. flock protection) and finan­cial support (for more information, please find here the agenda of the event)

The Minister of Environment, Agriculture and Energy of the State of Saxony-Anhalt has recently elaborated a wolf management plan with guidelines for the monitoring and the management of the wolf population linked to damages, instructions regarding the protection of herds, information on when and how the Wolf Competence Centre was authorised to take out the wolves with an aggressive and problematic behaviour. The Saxony-Anhalt state has also introduced a notification for state aid procedure to the European Commission to allow further financial support.

This new wolf management plan has been published meanwhile new wolf proposals are currently being debated at the German Federal Parliament.

In Poland, a higher wolf population was counted than in Germany. Nevertheless, there is a lack of common and harmonised monitoring in all the Polish regions. As there is currently an issue with double counting in the cross-border areas of Poland and Germany, Krzysztof Główczyński, Director of the nature preserve “Welski Lidzbark” in the Varmia-Mazuria province expressed the need for a common cross-border monitoring. In his region, the number of sheep killed by wolves is low, the total for the costs of the damages amounting to a total of around 2,000€. Permits to kill are a very rare measure in Poland, applied 8 times in the last years but illegal poaching remains important.

Nicola Notaro, head of the “Nature Protection“ Unit in DG Environment, European Commission, reminded the audience that the EU Parliament and the Committee of the Regions largely debated the question of large carnivores including during recent meetings and reports. The next feedback (every 6 years) on the species conservation for the Habitat Directive, is planned in 2019. According to Nicola Notaro, changing the wolf species from Annex 4 (strict protection) to 5 (maintenance in a favourable conservation status) of this Directive would not bring on a lot of changes to the management issues. Indeed, Member States are still required to maintain a good level of conservation for the four large carnivores and, in the cases where there is no other alternative than killing the problematic individuals, Member States can already apply this possibility, even when the species are listed in Annex 4. The representative of the Commission put forward the importance of communication and education as an important piece of the puzzle to solve the cohabitation issue, notably via the EU Large Carnivores platform. He also explained that the Commission is currently working on an update of the guidelines for protected species in the EU action plan for nature and that the amount available for Life projects on conservation has increased. 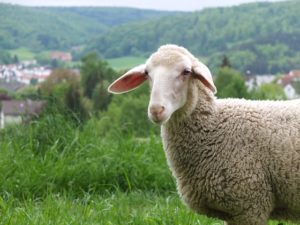