The European Commission presented its Communication on “Harnessing talent in Europe’s regions”. Released on 17 January, the text proposes measures to address the lack of workforce and skilled employees, a trend that is affecting many mountainous regions that are ageing and depopulating. 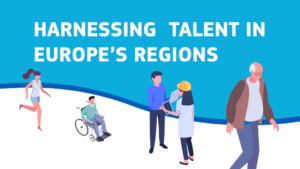 This Communication is a continuation of the work carried out by the European Commission in 2022 on the brain drain, to which Euromontana contributed by providing an overview of the main challenges in the mountains and examples of appropriate solutions (see our position paper “Addressing brain drain in mountain areas: tools to reverse the trend and boost territorial attractiveness”).

State of play in mountain regions

The European Commission’s Communication maps out the European regions that are both lacking talents and facing a brain drain. Regions in « a talent development trap » face a decline of their working-age population and a stagnant number of people with tertiary education. As underlined by the European Commission, this group of regions is mostly rural. Many mountain regions are considered as facing a talent development trap, including the Calabria, Piedmont and Aosta Valley regions in Italy but also the Peloponnese region in Greece and most regions of Romania, Croatia and Slovenia.

In addition, some regions are at risk of falling into this talent development trap in the future, as they experience the departure of their younger generations (aged 15-39). Mountain regions such as Castilla y Léon in Spain, Norte Portugal, Northwest Romania and most of Greece are considered to be facing such risk.

This trend obviously does not prevail in all mountainous areas. The regions of Auvergne-Rhône-Alpes in France, Lombardy in Italy or the Basque Country in Spain for instance have more robust and attractive economies and labour markets. 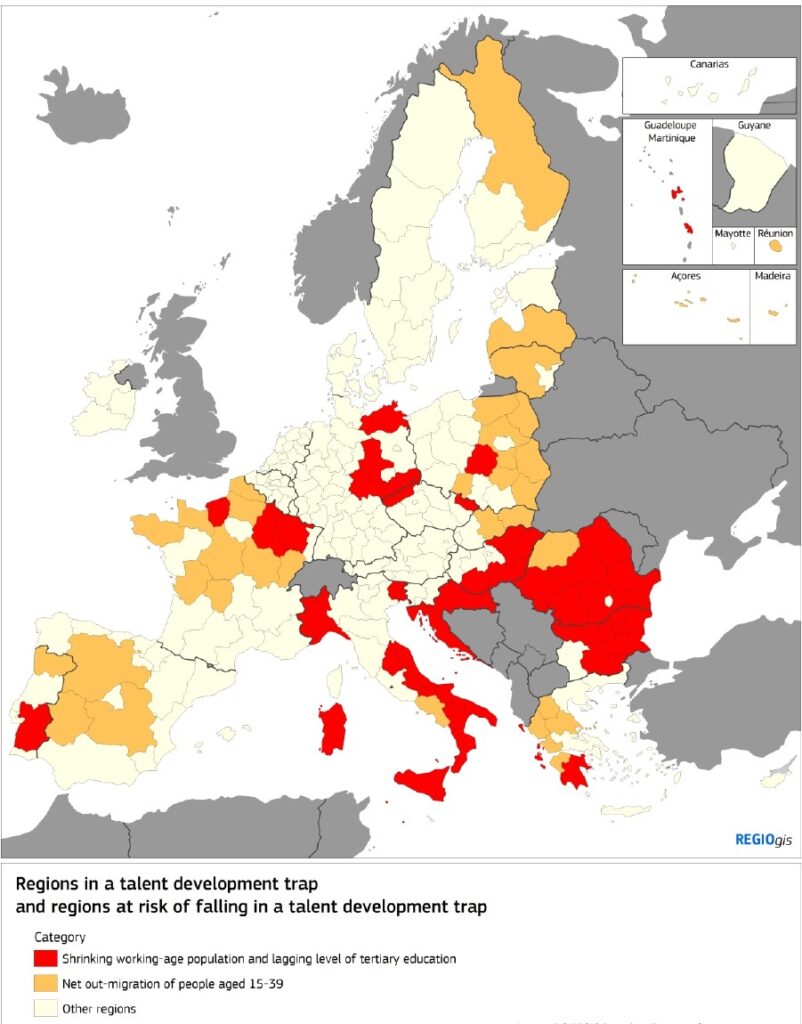 To cope with the lack of skilled workforce in the above-mentioned groups of regions, the European Commission will set up a Talent Booster Mechanism. The mechanism will include:

How go further on specific skills in mountain areas?

Euromontana welcomes some aligned positions with the European Commission, such as the need for regions to exchange experiences, including through Interreg programmes and the Rural Pact, and the importance of developing rural areas as places to work and live in, with a good quality of life and services.

However, Euromontana wants to reiterate that economic diversification remains a crucial issue, as stressed in our response to the European Commission’s consultation on brain drain in June 2022. While the European Commission promotes Smart specialisation strategies as a tool to create diversified and skilled jobs, we alert that such strategies, so far implemented in the mountains, remain too often focused on traditional sectors and urban centres, while economic diversification can increase resilience and contribute to revitalise rural areas

The mountain economy is experiencing major changes. Climate change is affecting key sectors, new opportunities are found in promising industries such as the bioeconomy and services are going digital. These current and future transformations will require specific skills in our territories. Moreover, it is difficult to address employment in the mountains without dealing with the exodus of young graduates.

Therefore, as part of the European Year of Skills, Euromontana will open discussions this year on attracting skilled workers and developing future-oriented skills in the mountains. Building on the work carried out last year during the EU Year of Youth and on the outcomes of the XII European Mountain Convention on Smart Mountains, these discussions will help mountain territories to find inspiring solutions to attract and retain the skills needed for sustainable mountain development.